Advantages of CPEC in Pakistan 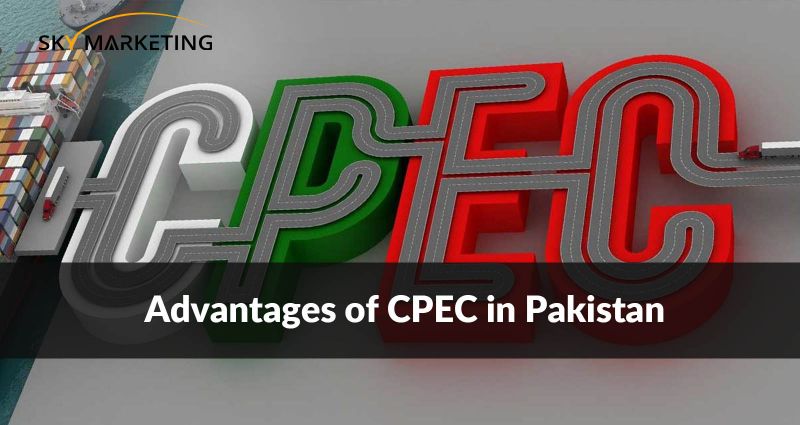 China-Pakistan Economic Corridor (CPEC) is a joint venture by China and Pakistan with $ 52 billion investment. These two countries are being associated by development of a huge system of parkways, railroads, air terminals, and oil/gas pipelines, numerous ventures, development of economical zones along the course and laying fiber optics for broadcast communications and web. Transportation under CPEC will connect Gwadar and Karachi seaports with northern areas of Pakistan. This project will be highly beneficial for Pakistan and its economical conditions let us discuss a few below:

Advantages of CPEC in Pakistan

The CPEC will show a major increase in Pakistan’s economy by increasing trade with China, Central Asia, Russia, Middle East and Europe. Even within the construction phase and completion of the CPEC there will be a visible economic growth in Pakistan by about 3 percent because of increase in industrial development due to the availability of resources.

Increase in Value of Land:

Between the construction phase of the CPEC and after the completion of CPEC route the value of the land surrounding is improving significantly and is providing many commercial opportunities  to owners and developers of the land.

Due to increase in the agricultural production Pakistan will observe a significant agricultural growth with cooperation of China and sharing modern technology and strategies along with our feasible weather conditions.

CPEC will promote foreign investment in Pakistan, which will ultimately show increase in our economic growth rate.

Increase in Import and Export:

Another major advantage would be increase in the trade from which revenue will be generated, which will be earned from transiting goods to and from other countries.

CPEC would create employment opportunities for the local people to an extent of about two to three million which will contribute a lot to economical condition of the Pakistan.

The CPEC would provide for ideal tourism conditions in Pakistan, facilitating the flourishing of the tourism and hotel industry of Pakistan by providing a safe route and attractive commercial activity around Gawadar city.

Many regional and extra-regional countries will be joining CPEC; this will improve Pakistan’s international stature, our contacts and will create an aura of peace and stability in the region.

Improve Relationship with other Countries:

We can  guaranteed expect that South Asian countries will also prefer CPEC lead geo-economics over geopolitics and  resolving  major disputes like Jammu & Kashmir will get easier  and peace will be achieved successfully. This would also facilitate South Asia’s interconnectivity and its connectivity with China, Central Asia, West Asia and Russia.

Major countries like Russia and some European powers will want to develop their partnerships with Pakistan and play their part in contributing towards peace and stability in South Asia hence further enhancing the stability in the region.

Pakistan will get an opportunity to import Defence technology from Western countries and Russia to strengthen its defence.

CPEC will definitely bring vast strategic and economic advantages to Pakistan and regions surrounding it. Not only will CPEC will be beneficial for the country but the citizen of Pakistan will also be able to bear fruits of its development on individual level.