Over 50 Parks launched in Islamabad by CDA 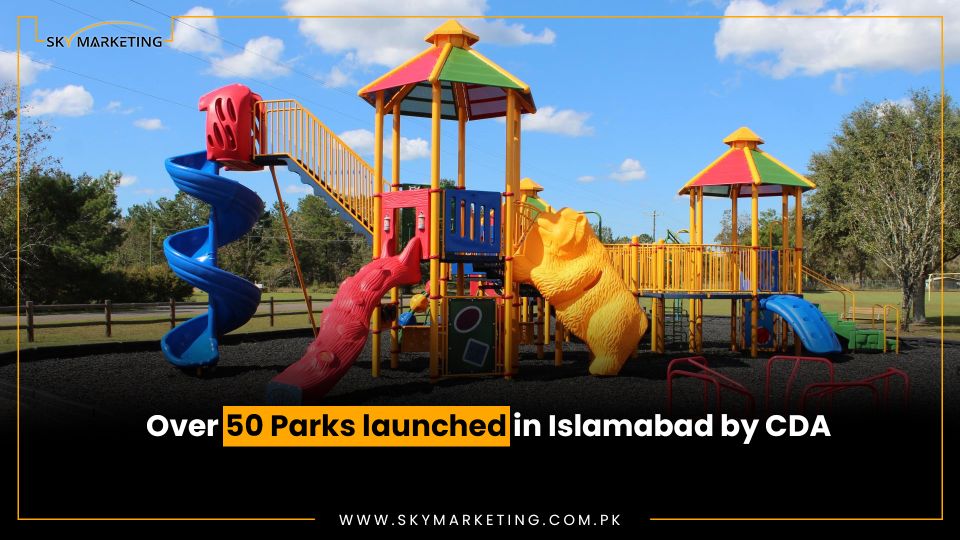 Islamabad: On March 30, 2022, the Capital Development Authority (CDA) conveyed to the media that it had developed around 50 parks in 2021 in the second most beautiful capital of the world, Islamabad. According to our news sources, the CDA has invested PKR 341 million in similar nature of projects for recreational and aesthetic purposes in the capital.

It was also conveyed that CDA is going to invest in several other projects for aesthetics, renovation, and rehabilitation. The infrastructure projects include an art gallery, a cricket ground, a jogging track, wood cravings, calligraphy, the construction of a mosque, and a central square in F-9 Park.

Several other parks and beautification projects will be kicked off in sectors E-7, Zero-point, Serena chowk, and 7th Avenue. Cycling tracks, jogging tracks, and pedestrian pathways will also be developed. The main aim of the project was infrastructure development to beautify Islamabad. For more information, please CALL US NOW at Sky Marketing.