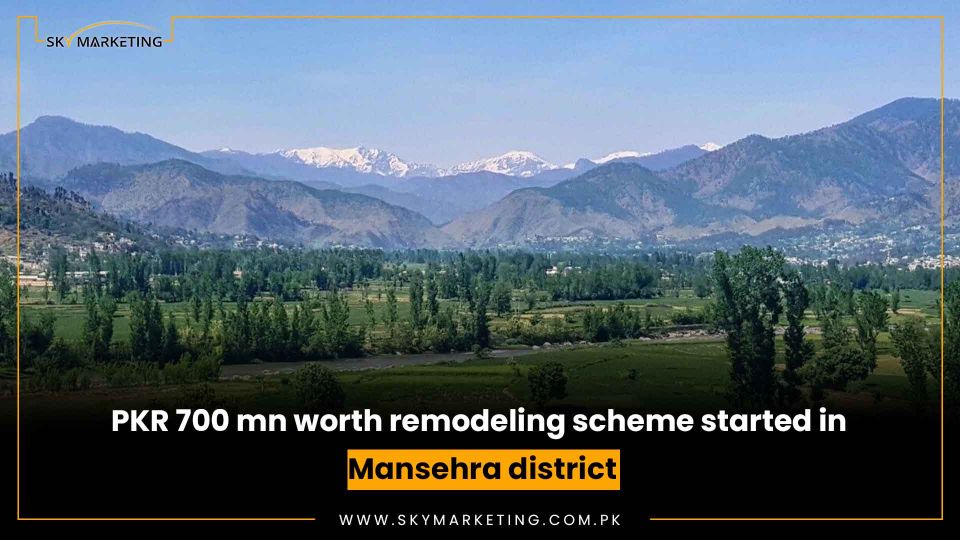 Mansehra: According to news published on May 07, the district government has completed beautifying initiatives of PKR 700 million in five tehsils of Mansehra District.

Read More: Mansehra-Muzaffarabad Link Road to be recommended by NHA for CDWP’s

These monies have been approved by the province government for the tehsils of Darband, Balakot, Mansehra, Oghi, and Baffa-Pakhal. Nazima Shaheen, Additional Deputy Commissioner (ADC-Finance), disclosed that the government has, for the first time, committed such a substantial budget to carry out uplift initiatives in the district. She claimed that 44 beautifying initiatives for Mansehra’s five tehsils had been approved, with work on 24 of them have begun or been completed.

The initiatives, according to ADC Shaheen, aim to erect monuments at strategic locations, preserve historical sites, build nullas, and write welcome greetings on hilly and recreational areas along the Mansehra-Naran-Jalkhad Road and Karakoram Highway. She stated that the government has already released PKR 438 million for various initiatives and that the remaining funds will be granted as the work advances.

The official further stated that nullahs (sewers) will be built around the Mansehra-Naran-Jalkhad Road and the Karakoram Highway to ensure efficient rainwater disposal and prevent flooding of these major thoroughfares.