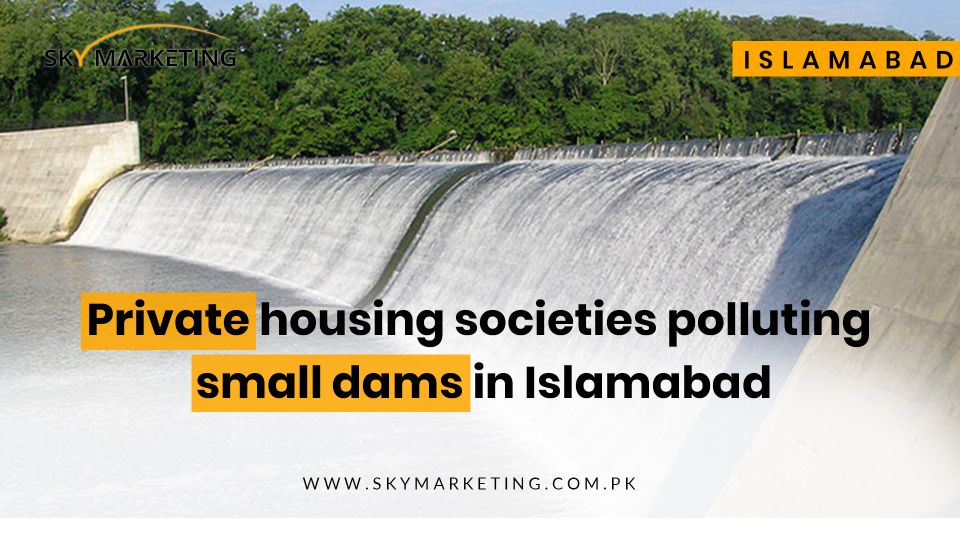 Islamabad: While Covid-19 is on its peak, water in small dams in the federal capital and nearby towns are being polluted by ill-planned settlements and private housing societies, causing serious issues, including the spread of diseases such as hepatitis and gastroenteritis, besides contaminating the underground water.

It has come into the notice of relevant authorities that some private housing societies and other settlements were disposing of their solid waste and sewage into the dams.

The Islamabad Capital Territory (ICT) administration and other authorities have planned an operation after Eidul Fitr to stop spilling of waste water into small dams.

A number of small dams in Islamabad and other cities were constructed with a view to meet the drinking water and agriculture need of the local people. They are being controlled by the Small Dams Organization (SDO) of the Punjab government.

The deputy commissioner said SDO was the custodian of dams and their water while the CDA was responsible for surrounding areas of dams, including all private housing societies.

Similarly, private housing societies and housing schemes near the dams will have to have their own water filtration plants so that the waste and sewage is not disposed of into the dams.