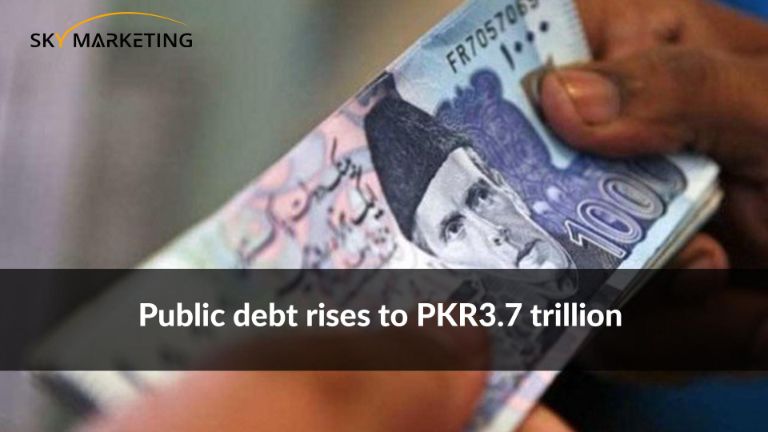 The federal government’s debt climbed at a double-digit rate to PKR 35.8 trillion on an annualized rate by November 2020, raising PKR 3.7 trillion in one year, as it confronts pressure to limit short-term debt dependence to mitigate the risks of debt financing.

The central government debt, which in November 2019 was PKR 32.1 trillion, increased to PKR 35.8 trillion within a year, the State Bank of Pakistan (SBP) announced on Monday. As per the central bank, there was a rise of PKR 3.7 trillion or 11.5 percent in the debt portfolio.

The debt of PKR 35.8 trillion was exclusive of the debt of the International Monetary Fund (IMF) as the loan of the Fund was reported on the central bank’s balance sheet.

Meanwhile, since the Pakistan Tehreek-e-Insaf (PTI) came to power, the regular addition to the government debt has risen to PKR 13.2 billion.

Furthermore, the SBP study revealed that by November of the current fiscal year, the overall domestic debt of the central government grew from PKR 21.4 trillion in November 2019 to PKR24.1 trillion. The net contribution to the domestic debt was PKR 2.7 trillion, or 12.6 percent.

The net growth in the central government debt during the July-November period was PKR 715 billion, which was in line with the federal budget deficit.

The discrepancy between the federal budget deficit of PKR 1 trillion and the debt rise of PKR 715 billion was attributed to the provincial cash surplus produced and the gain of currency appreciation.